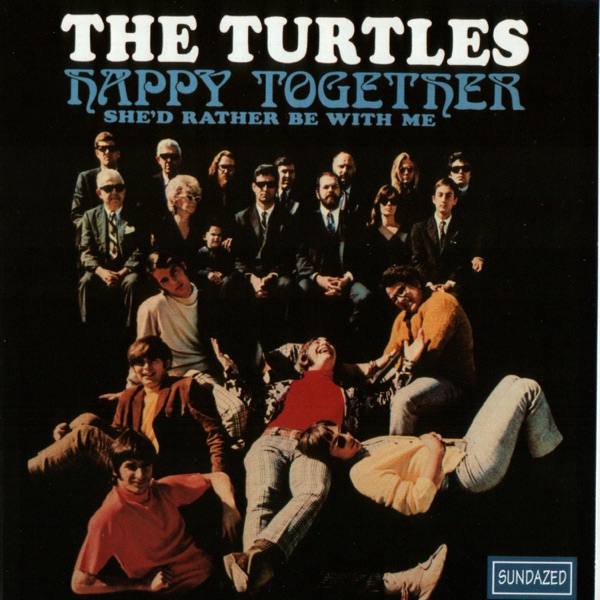 Makin' My Mind Up

Guide for the Married Man

She'd Rather Be With Me

Too Young to Be One

Person Without a Care

Rugs of Woods and Flowers

You Know What I Mean

Is It Any Wonder

WACh this song it’s one of my faves

Heard Happy Together in the Detective Pikachu trailer, and now I can’t get it out of my head! Great song, great-looking movie, great hopes!

You know your listening to a great album when you think that its a Greatest Hits and its not. Every song is great. And also, to Your Mom (the guy who called the Turtles 1 hit wonders), the Turtles are definitely NOT one hit wonders. I don't know what you were thinking or where you got your information, but you are wrong. I think you need to write another review correcting yourself and apologizing to the music community.

Really glad this extended edition of this fine "record" includes two of the Turtles BEST Top 20 hits, She's My Girl and You Know What I Mean. In Chicago, at least, WLS and WCFL played these two songs a LOT back then and they are unforgettable, better by far than Happy Together. It's a shame Big Oldies Radio (BOR) only plays Top 5 or even Top 3 in their canned loopings. So many great songs of the era need to be aired for those who might not have had the absolute pleasure of hearing them on a transistor radio.

probably the best of the turtles ever! if u dont like this, youve either a. gone crazy b. have no taste in music or c. are a hobo

Most people don't remember, either because they were too high all the time, or else they lived in another parallel dimension at the time, a band called The Mothers Of Invention, the leader of which was the famous (although at times quite vulgar) Frank Zappa. Zappa was a genius in his own right, but quite insane. I know that is an opinion, but it's the right one, and I meant it in a good way. Why is this pertinent? Well, because when Frank Zappa and The Mothers Of Invention broke up the band members went on to form another band called, (you guessed it) The Turtles! But the music they wrote and played could not be any farther from what Zappa and The Mothers produced if the two bands were from... well... a parallel universe. After coming out of my own drug induced stupor of that time (don't tell my mother), and realizing I had no idea why I listened to Zappa other than the fact that all my heretofore friends (also in a drug-induced coma) liked Zappa, I woke up to the very refreshing, clean cut uplifting sound of The Turtles and immediately made them my favorite band. Almost everything they wrote as the Turtles was original and inspiring, and not until much later was I informed that these were the same guys (for the most part) as The Mothers Of Invention! Once my body and mind awoke from that shock, I realized I didn't care! I LIKED this new stuff. I liked it a LOT! After a couple three years of the insanity of my hippie drug days, I really needed to hear good music like this. I still think they are the counterparts of The Mothers Of Invention, only from some rift in the space-time continuum. Hopefully, the "other guys" went the other way through the rift before it got sealed up.

These guys are fantastic. Such memories.

I love sixties music and this album has 2 of the best songs from that decade (Happy Together and She'd Rather Be With Me). The person who typed the 1st review got one thing wrong and that was to call The Turtles "1- hit wonders"; The Turtles had other hits besides Happy Together. Buy this album.

me & my weird friends are OBSESSED with turtles and as soon as my friend discovered that she has a band called The Turtles [from her parents] on her ipod, we became obsessed with them. A MUST buy is Happy Together. that song is SOOOOOOOOOO awesome!

Happy Together is their BEST song Emmypooh

To Your Mom - The Turtles were NOT one-hit wonders. True, nothing charted as high as Happy Together, but Elenore, She's My Girl, and Bob Dylan's It Aint Me Babe, all charted. Still Happy Together is nearly three minutes of musical bliss and overshadows their other wonderful work.

this song is pretty great. It seems like the kind of old song that people pretend not to like because they think it will make them seem like losers. Well just get over yourself and just buy it!

me likey happy together it fills my heart with awesome feelings COOL AWESOME TURTLES RULE!

Howard Kaylan & Mark Volman are two of the best voices in pop music. This is one of their best albums. I do have to disagree with the reviewer who called them '1 Hit Wonders'. They had lots of radio hits and a great catalog of music.

This is some of the only real music out there

Happy together is a great song!

God, I can never forget this album! I wanna say I was about 10 yrs. old. My babysitter traded me this album and I gave her a promo copy of Grace Slick and the Great Society my Mom had gotten me at the TV station she worked at. I hope that chick can sleep @ night lol. Anyway the Turtles were WAY more than 1-hit wonders, heck there's 3? Top 40 hits on this alone. I dunno if She's My Girl made Top 40 but it should have. The Turtles have a great body of work not counting the Flo and Eddie days w/Zappa. If you can find the "20 Greatest Hits" they have, get that, it has another song Warren Zevon wrote too, Grim Reaper of Love. This album was their best over all but the greatest hits cuts out a lot of the crap.

The song happy together and the cd is good and sassy.

Memories of a great time.....Happy Together captured the true spirit of the 60's

This album is great! Mark and Howard have such good voices. The Turtles are like a mix of the Beach Boys and The Beatles. I do prefer Flo and Eddie's stuff with Frank Zappa a lot better (Just Another Band From L.A.) which includes the Bass player from Turtles, and then Flo and Eddie. Buy this album!

Another classic to download and well woth it. A big favorite of mine os "The Walking Song".

hi, I"m seventeen, I love Happy Together, many of you my age will be all like, "Why?" But you might recal as I did that this song was in the origional Super Smash Bros. comercial. Get the frikkin song

I LOVE THE TURTLES!!!! This album is really good. I think my favorite song is Makin' My Mind Up. It's very happy and has the best tune. But not all the songs on here are good. the turtles sound is classic and u can't miss it!

y'all forgot all about 'She'd Rather Be With Me,' which is at least as good as Happy Together.

Happy 2gether is soooo great ive been searching 4 it 4 2 years and i just found it so im soo glad i found it at jonny rockets. now i can download it

What can i say?? Happy together = PURE CLASSIC!!!

omg! so glad that they got happy together! yeah!

Happy together is for reaL!!!!1

Happy Together is a legendary masterpiece! The rest of the album is pretty good if you like oldies & classic hits from 1-hit wonders

Music Album of The Turtles: 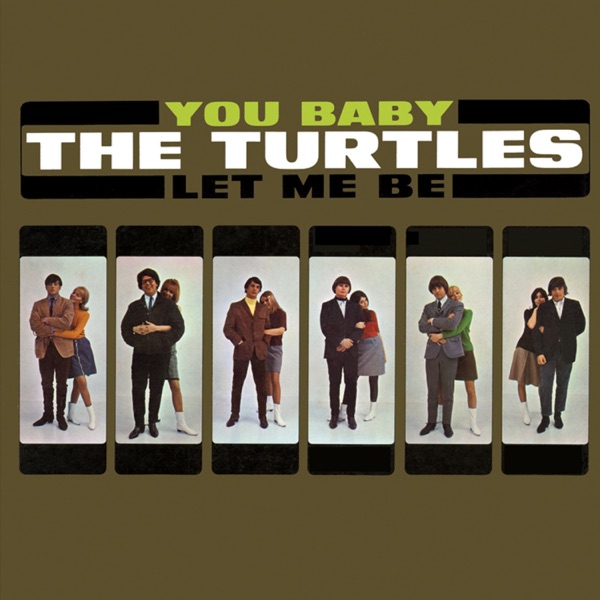 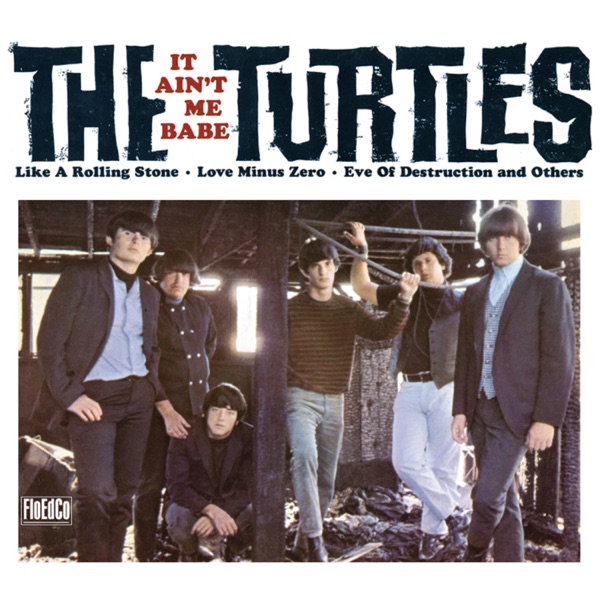 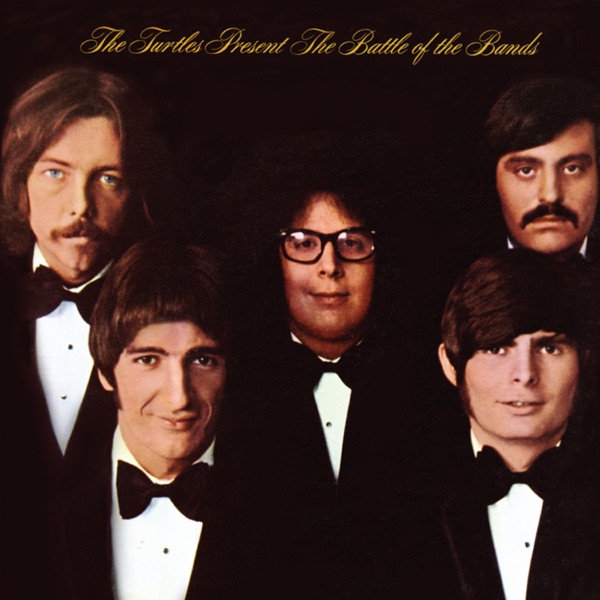 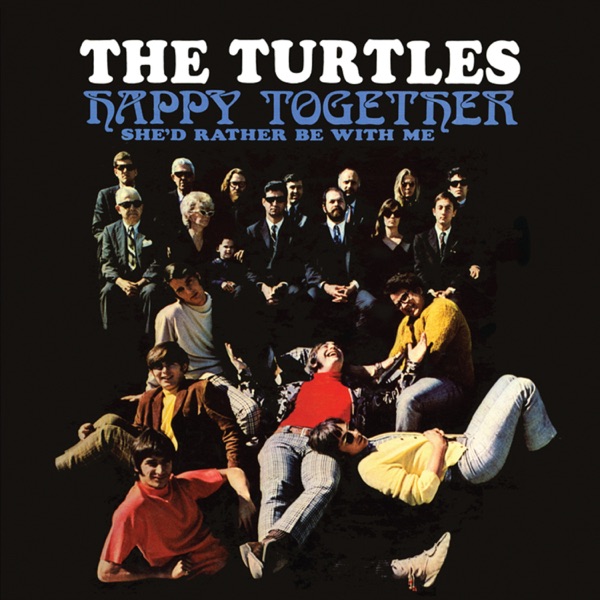 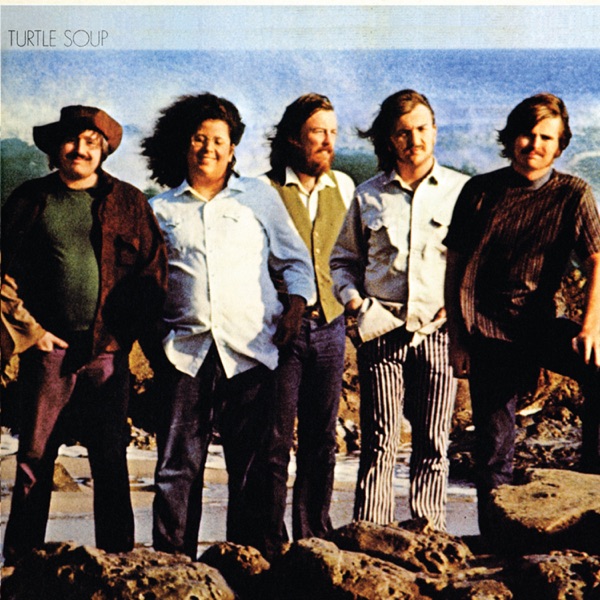 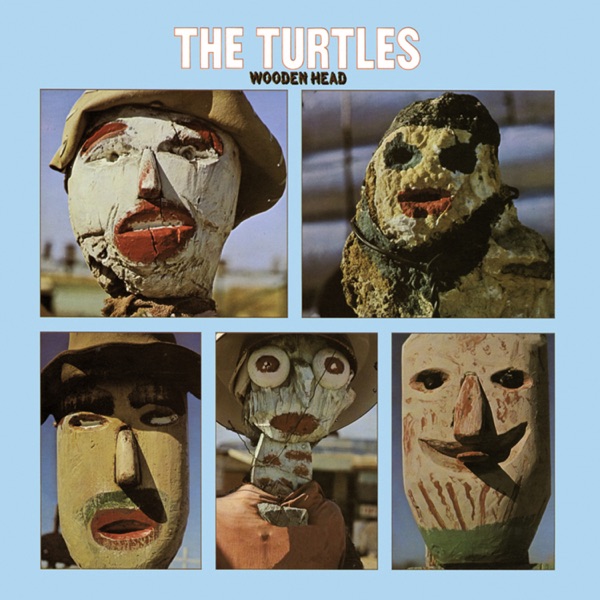 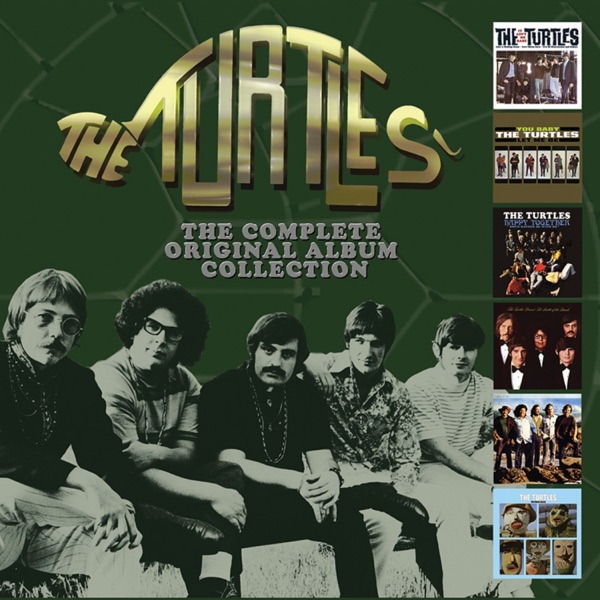 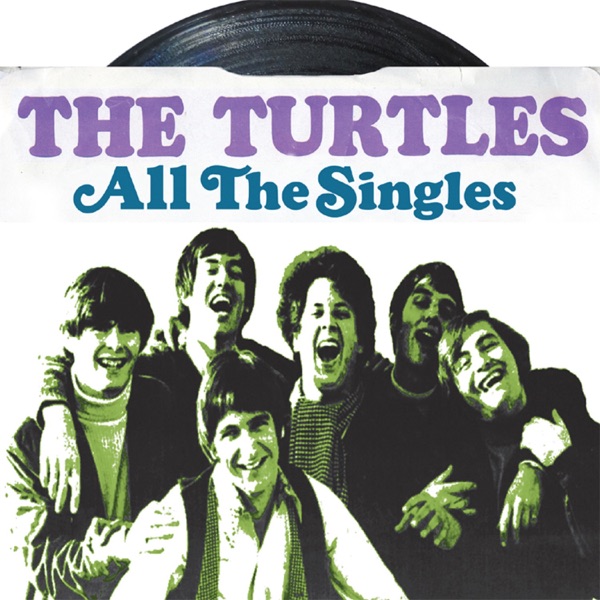 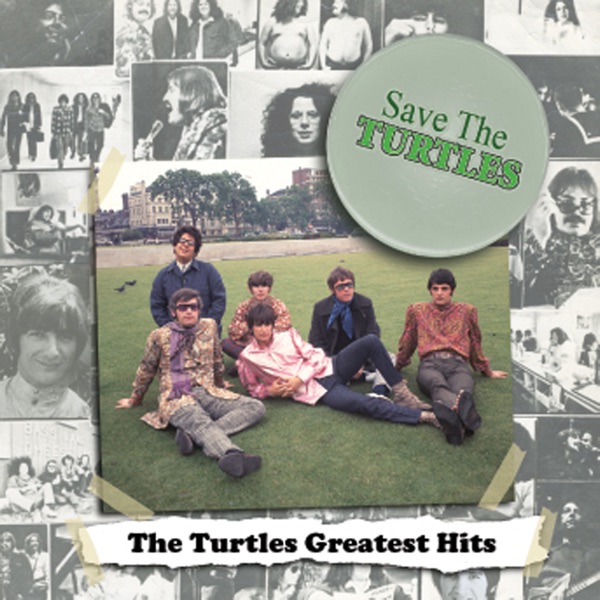 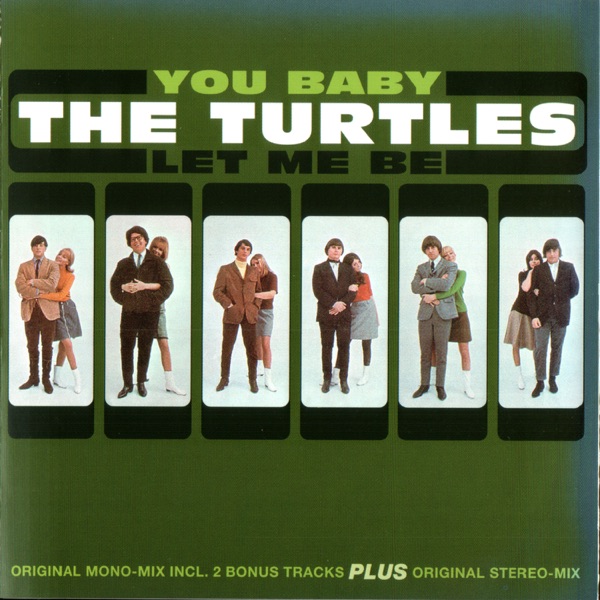 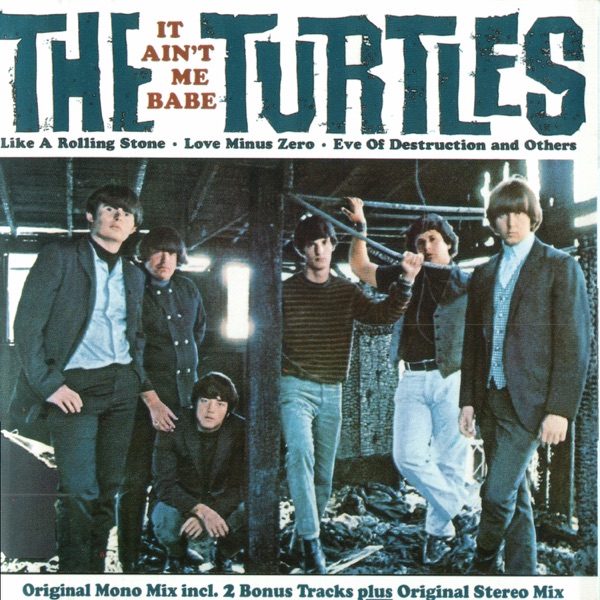 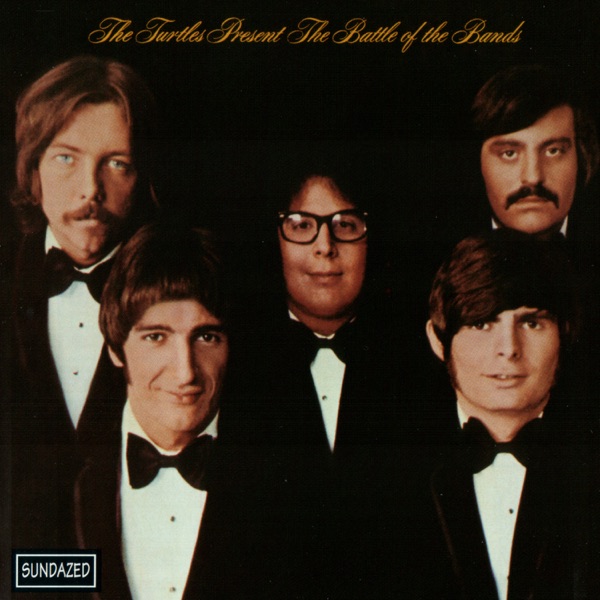 The Turtles Present the Battle of the Bands (2005) 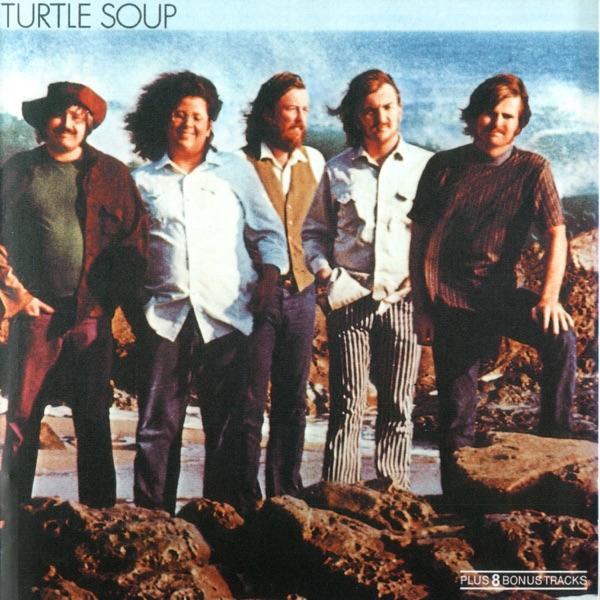 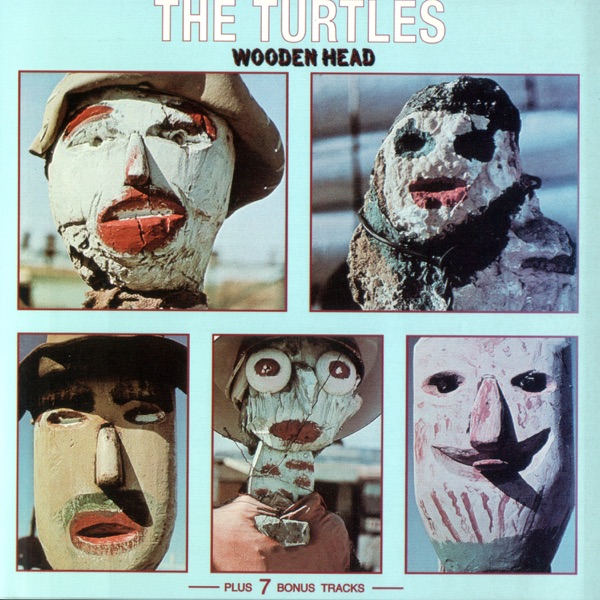