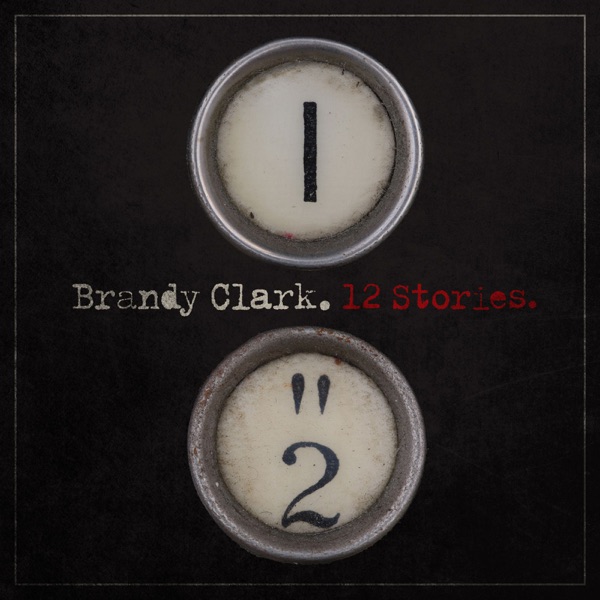 What'll Keep Me Out of Heaven

The Day She Got Divorced

Please please come out to Idaho! One of my favorite singers. A master songwriter as she weaves and craft songs that are timeless, clever, heartfelt, or empowering !!!

Let me start by saying that I really don't care for "Country" music. I have a musician friend who told me I needed to listen to Brandy Clark. I did. AMAZING! Her writing skills are so touching and real. Her singing is perfect for her songs. I'm still not ready to say I'm a "Country" music fan, but if there were more Brandy Clark I just might be!

Thanks to my streaming service I'm hearing this album for the first time. Bravo

A friend turned me on to this girl. WOW! She has a great voice and great timing. Her song writing is fantastic. THIS is country unlike 99% of the crap we are subjected to in the radio these days. This is fantastic. Can't say enough good about her or her music. Hopefully she does not sell out to the label and instead keeps making music like this. Love it!!!!

Haven't heard a song of Brandy's yet that I don't like, and that includes all of those recorded by someone other than her!!! So talented and a very sweet humble gal!!!

I heard it in 2013 and its still the best album in years. Remember her name.

Just had the opportunity to see Brandy open for Jennifer Nettles last night and came away incredibly impressed. She is a tremendous singer/songwriter. The storytelling in her music just draws you in and is duly supplemented by her strong vocals. While she may not be the most dynamic performer, that is not likely going to be her forte. (By the way, it's not that she's a poor performer, she's basically just okay.) But that does not detract from her music, which is simply incredible. Can't wait to hear more from her in the future as both a songwriter and a performer.

Reminds me of Lori McKenna. Another excellent singer songwriter.

It's rare to find an album where every song is good. This album hits an A Plus. It's funny, sad, relevant,and all country.

I can't praise Brandy Clark enough! I love her lyrics, voice, and music! She's even better in concert! One of the best!

Most depressing album I've ever heard.

I just love this album. Every single song on it is great!! Everyone should listen to it at least once.

So nice to listen to a country song that reels you in and paints a technicolor picture of what the artist is really thinking and feeling! Brandy Clark is a TRUE country artist. She obviously has no interest in “selling out” with Pop hooks, screaming lyrics or flaming guitars that drown out her vocals! How refreshing!

Amazing! From the lyrics to her voice my favorite album!

I am not really a fan of country music, but Brandy Clark is amazing and this album is worth every penny

Brandy Clark is the real deal. She is an excellent Grammy nominated songwriter (Miranda Lambert’s “Mama’s Broken Heart”) with Grammy nominations for best country album of 2014 and best new artist of 2014. While my heart is brightened by these nominations, her debut album 12 Stories speaks for itself. Each song is in fact a story as promised by the album title. This is where country music is at it’s best – telling stories that are relatable, funny, thought provoking and much more. I think I read that Brandy was inspired to make this album after she played her song “Get High” to oft-collaborator Shane McAnally who told her that an entire album could be written about the protagonist in the song. Well 12 Stories are not all about the protagonist in “Get High” but many different protagonists with equally interesting and engaging stories. On top of her excellent songwriting, Clark knows how to deliver the stories so they are poignant and powerful even though her vocals are subtle. 12 Stories is country music at it’s finest and I can’t wait until the fall of 2015 which is apparently when she is set to release her sophomore album. Get this album. You won’t regret it.

To me every song is good. The lyrics are as good as any I have heard. She krafts clever takes for everyday experiences. She is defiantly at the top of the "non mainstream" country artists.

What can I say? This girl rocks!

I Love this album and can’t wait for more from Brandy Clark!

Best country music I have heard in ages. Good luck to this young lady!

This album takes modern country back to it's roots. Great lyrics, mellow tunes, pure and classic.

The Grammy's missed it! This is one of the BEST country CDs I have ever listened too! Each song is a Story and is the definition of country music. The vocals for each song are crystal clear and toned perfectly for the story they tell. I go from laughing out loud, to listening with a heavy heart for the pain in the lyric. I am a fan!! Recommend this highly. Brandy should be the new queen of country music.

Every now and then a Real and Genuine Gift is able to poke through the pile of wanna be singers and writers...every now and then...Brandy Clark is one of the freshest new voices and talents to come along in quite some time. Just when we've lost some great voices this past year, here is one that can stand in the gap and deliver genuine heartfelt true country. I highly recommend this lady and her music. I happened to see her duet with Dwight Yokam of "Hold My Hand" tonight on the Grammy's...it was stunning! Nothing (imho) even approached her level...it was real and it was beautiul...I am quite sure that this lady will be around for some time to come...I'm waiting for more as soon as possible!

This is just a great CD with mostly poignant songs about regular people getting through life. Brandy Clark can flat sing and her sound is fantastic. It will not disappoint.

Amazing writer, artist, vocalist and making history in country music. What more could you ask for?

I saw Brandy with Jennifer Nettles in Sept. She was amazing! Beautiful songs, beautiful artist! She's more than paid her dues. SO glad she's finally being recognized for it. Go Brandy!! You are loved by many fans.

I saw Brandy open for Jennifer Nettles and by her second song I was on my phone buying her album. She's a great song writer.

This album is what is missing from country radio. Unreal lyrics.

Everything about this album is absolutely spot-on - from the songwriting to the performances to the production. The way the male harmonies and instruments support Brandy’s vocals are perfect and nuanced. But the real heart of the project is the sly wit and pure authenticity with which she sketches and inhabits the characters of the songs. Every detail, every phrase… it’s all so carefully crafted that it can be listened to again and again as a master class in true country songwriting.

Brandy Clark has defiantly got a good chance of becoming a huge Nashville star. She has a great voice and she has keeping country music alive. I can't wait to see her in April on Alan Jackson's Keeping it country tour!

I grew up with Brandy in Morton, WA. And I've loved music. Even if I didn't know her, I'd still think this album is the best I've heard in a long, long time. Worth a listen or a thousand.

I downloaded it after I saw the nominations! It's pure gold!

I bought this after seeing the GRAMMY nomination. No wonder it's been nominated for Best Country Album! IT IS THE BEST I'VE HEARD FROM NASHVILLE IN A LONG TIME

I heard Brandy on NPR and just had to have this album. This is a gem I keep pulling out when I just need a fun little lift. 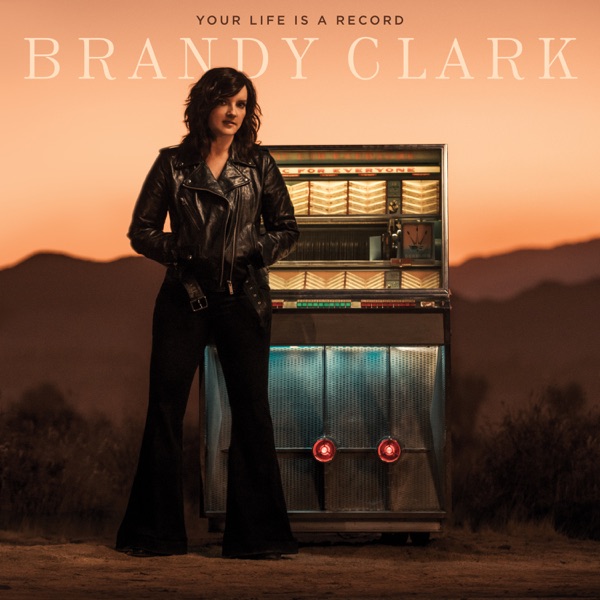 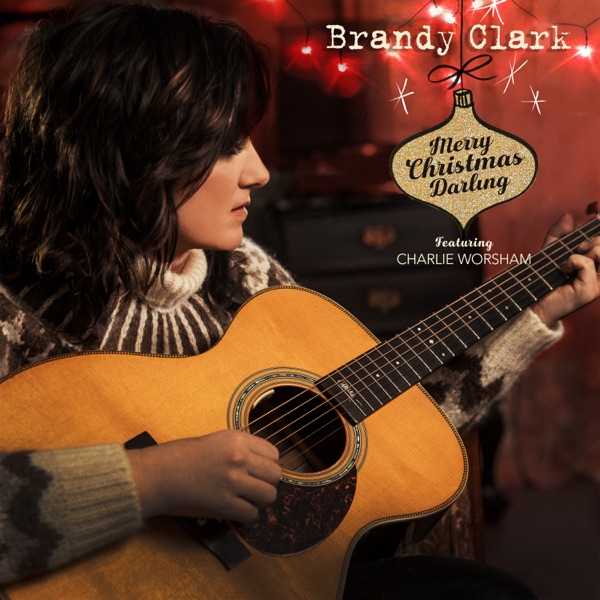 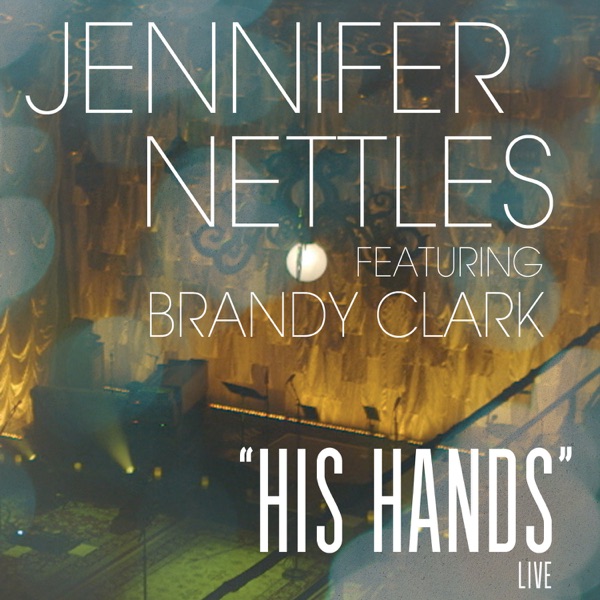 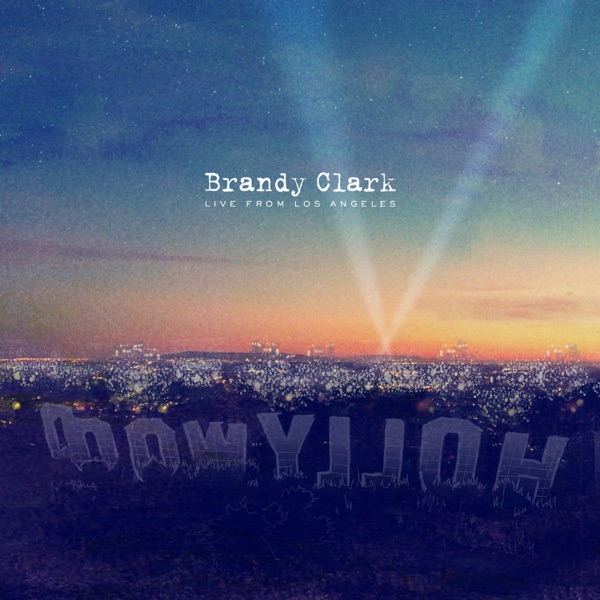 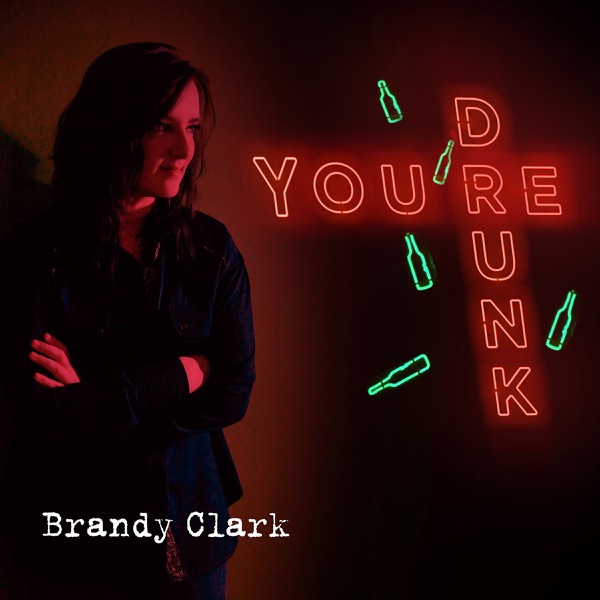 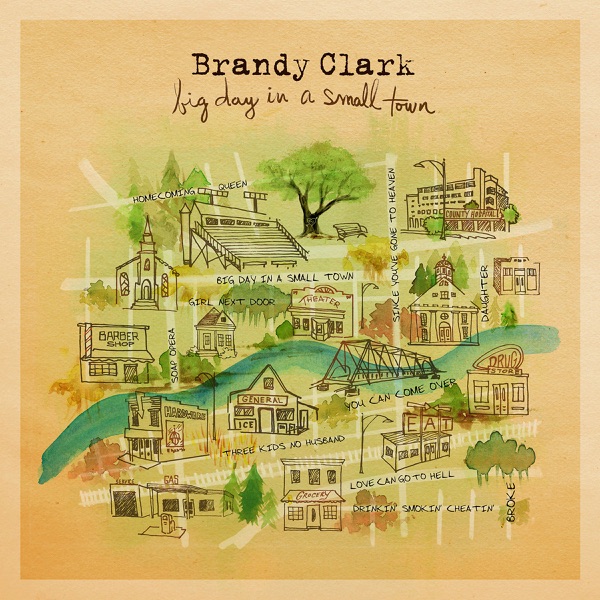